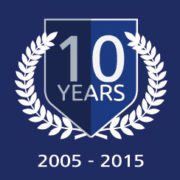 XYTECH will be celebrating its 10th anniversary in 2015.

“XPS – Module Technology Group” was officially founded in 2004, changing its name to Xytech in 2008.

“This anniversary is a milestone for our company.” says Ron Hegger – General Manager of XYTECH. “In 2005 we started as a supplier for sub-assemblies in the professional printing industry. During the years XYTECH developed into a turn-key machine & system supplier for various industries. Despite the growth in size, market and complexity, Xytech still focuses at high mix-low volume.” Later this year a anniversary committee will organize some special activities and events for all employees and staff of XYTECH.